What happens if neutral wire touches a earth wire

With normal AC power supply, nothing happens in industrial applications, i. H. When 3-phase current is used. In these cases, Neutral is used to balance the 3 phases. It is advisable to make sure that all phases are loaded equally. When all phases are balanced, ideally no current flows on the neutral conductor.

In abnormal cases where the phase inequality is strong, the neutral conductor causes a significant current flow (potential difference with respect to the ground). In such cases, the current finds the shortest path to the discharge potential when we connect the neutral conductor to the ground. In domestic applications, where the loads are normally single-phase, the neutral is the return path through which the current enters the distribution source.

In such applications, when we connect the ground to the neutral, most of the current flows through the ground wire (remember that grounding has the least resistance because it is grounded near our house, compared to the neutral wire that is grounded passes through the entire redistribution transformer). , Now there are 2 effects of this work. First, it can be dangerous if we come into contact with a defective device.

The ground wire is supposed to protect us from electric shock, but it is already carrying power and we will be creating a parallel path for the current. Believe me, any current over 30 milliamps can be severe for our limbs. And the second effect is that our energy meter shows less readings (unethical hack).

Not every stream we consume can be monitored, as part of the return flow flows directly to Mother Earth without passing through the energy meter. 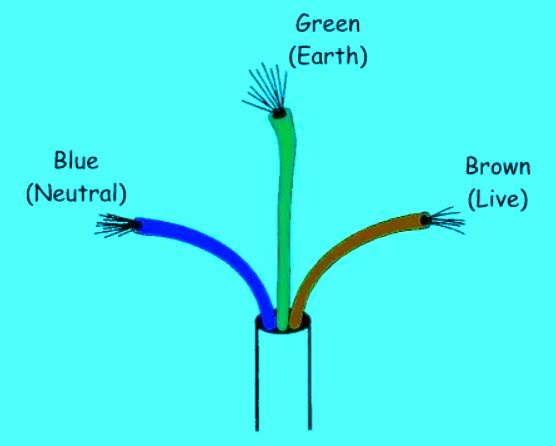 In Short if neutral wire touches a earth wire,