The resistors are used as a means of generating voltage drops and thereby pulling the transistor into the desired operating region. because you need to limit the current to semiconductor terminals. otherwise, the transistors will be damaged. however, the main idea to have resistors in and out is to create a way of discharging the integrated capacitors.

Transistors are extremely versatile devices that can control the current, voltage, and power of a load. the price we pay for such versatility is to make sure they work in the right mode (saturation, cutoff or linear / active, corresponding to enabled, disabled or somewhere in between). this is called polarization and it is relatively easy – and inexpensive – to realize with resistors to adjust the different operating points of voltage and current. 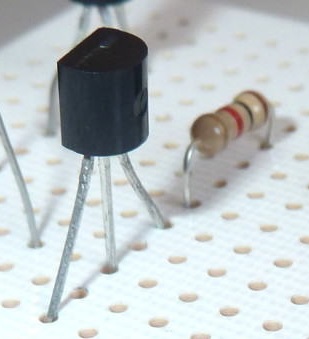 These resistors also affect the input and output impedances, so we can use transistor circuits to act as impedance buffers.

What is the purpose of the collector resistor? : – In short bias and stability.

A transistor bjt is composed of three layers, so it has two junctions, an emitter junction and a collector junction.

these junctions can be in three configurations: 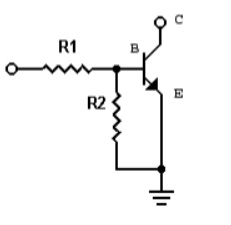 So, if we want to use the transistor as an amplifier, we have to polarize the two junctions so that one is forward biased and the other is reverse biased. we polarize a junction by applying an external voltage.

Generally an electronic circuit is powered by a single voltage source (a battery). the DC battery is a source of constant voltage. we must use the DC voltage supplied by the battery to polarize upstream the transmitter junction and reverse the collector junction. When we place a resistor in series with a voltage source, the voltage drops across the resistor. thus, we can use an arrangement of resistors to apply the appropriate voltages to the emitter and collector junctions, respectively. the transistor will then be in the active region and will be able to amplify an applied signal. another problem is stability.

why do we need a resistor connected to the base of the transistor?

For an amplifier to work properly, the DC current in the collector must remain constant. but the heat produced causes a modification of the current in this collector. when this happens, we say that the bias point (or the point q) of the transistor has changed.

we have to make provisions in the bias circuit to minimize this increase in the current of the DC collector due to the rise in temperature. the different mechanisms that achieve this are called stability techniques or compensation techniques.

A fairly simple stability technique is to add a resistor between the emitter and the ground in a transistor bjt operating in ce mode.

Thus, these resistors attached to the transistor in a basic amplifier circuit are intended to provide bias and stability.

Here we discuss Difference between a resistor and a transistor in very short. Transistor means resistance transfer, so its name makes the difference with resistance. The transistor is a 3-terminal…

Why is a variable resistor used in the electrolysis circuit? you do not have. you need a simple resistance. resisting it will limit the amount of current. how much current…

Why do resistors have a power rating? Zero ohm resistors usually have a rated current, not a nominal power like most resistors. they are basically a piece of wire. and…