Led has low current rating. The safe operating forward current is something like 30-40 ma. this is too small for a rectifier application. The practical load rectifier draws more current which also varies the current. The second point is Led has a relatively large drop forward when doing for Example red Led has a drop of 1.8 v. other Led colors have more of that drop even up to 3v this makes them a bad choice for rectifiers. 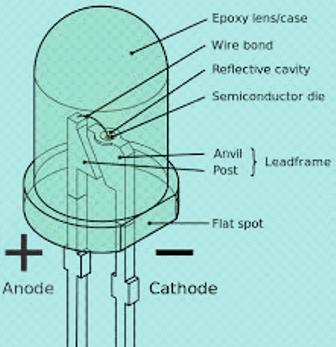 Yes, it behaves in diode mode blocking the current in one direction and not in the other But be careful in some cases (Example electrical specifications or characteristics) of bad diodes.The reverse breakdown voltage is much lower than the normal diode.You may see damage at 15 or 20 volts or even less also the leak upside is much higher.

Safe forward current is limited, to a continuous operating current diode around 10, 20, 30 ma and it will light up. this may be OK for small signal applications but not power rectifiers which could be 10 amp and the forward voltage drop is quite a bit larger, usually 2 v or up to 3v instead of 0.7 making the diode less ideal.

It basically boils down to what your application requirements are. Different types of diodes are optimized for different purposes and have very different specifications although they are all diodes.It is likely that Led will not meet all requirements Example LED will make poor rectification diodes because they have undesirable properties such as high forward voltage, low current rating and low back light voltage for Appliances.

Can an LED be used instead of a diode?

Here the conclusion of above.

1. Reverse voltage rating (piv rating) Led has less than 5-10 volts which is not enough for most applications.

2. Reverse the leakage current even for low back voltage (less than 5-10 volts) is too big for Led.

4. The current forward rating for diodes is in the range of 20 ma to several ampere hundreds for Led  less than 30 ma.

5.We can not replace the power diode, rectifier diode or high speed diode except in very very limited circumstances

So by this we can conclude that  we can’t use an Led as a diode.